We’ve been forced to find new ways of organising ourselves, staying productive and acting with purpose. In Stockholm, a city that prizes equality, trust and vision, both individuals and businesses are quick to engage with such themes – and to think about their long-term potential.

What trends in work and home life could help to positively shape the post-coronavirus world by transforming some of our habits for the better? We look at some of the changes being made by and inspired by Stockholmers.

“Very few people know that behaviours spread just like viruses,” says Erik Fernholm, CEO of Stockholm-based 29k. “We shape each other constantly and we always have.”

The non-profit organisation offers personal growth programmes through a free app used by 40,000 people in more than 150 countries. Users are put in small groups and learn through scientific insights from the likes of the Karolinska Institute and Harvard University, as well as chat and video sessions where people open up about their experiences and challenges.

Three new programmes focused on anxiety, relationships and meaning were released in the app in response to coronavirus.

Fernholm, whose background is in neuroscience and happiness research, says we influence our peer group in everything from gaining weight to whether or not to vote. That makes the choices we all make during our current challenges vital.

“The worst thing is that people feel they are passive passengers,” he says. “What usually drives deep transformation is a crisis. For maybe the first time in history we can look at where our trajectory was going and ask ‘Are we proud of that?’ ‘Do we want to change that in any way as individuals and as companies?’”

Hannah Boman, from Stockholm, has completed two 29k courses this year. She says the app has not only helped her but has also led to friends thanking her for opening up more profound conversations. 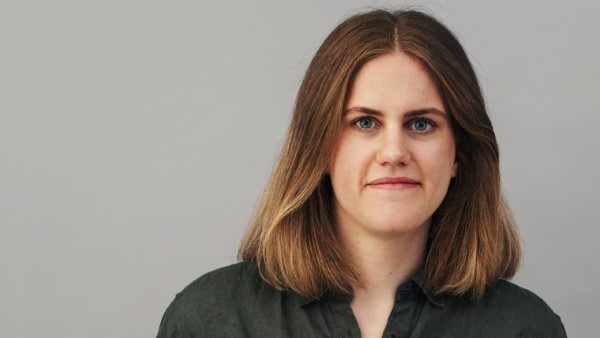 “None of the superficial stuff mattered,” says Hannah. “We were in a little bubble. Everybody poured their hearts out and you learn about yourself through listening to other people.

“It helped me understand the phases I’ve been through during this crisis, focus on self-care and have deeper conversations with friends. My group also talked about working from home and the importance of taking a walk, of nature, or of doing yoga or meditation.”

Working remotely has been a topic of growing significance for a few years. But now it seems central to the future of work in many knowledge-based industries.

Stockholm is known for its progressive attitude towards work-life balance. But also for an understanding that flexibility in professional relationships requires a correspondingly high sense of personal and collective responsibility.

“The fact that Swedes inherently have high levels of trust in others is especially relevant now,” says Meredith Popolo, of Trustly, the Stockholm-based payments innovator. “When there’s widespread trust among colleagues and leaders, we all hold ourselves more accountable to do our best work.”

Coronavirus prompted Trustly to bring in a remote work expert who offered guidance on scheduling, ergonomic workspaces and dealing with distractions. Some teams have seen rising productivity, says Popolo, and Trustly is seeking to understand if that’s due to working from home or new workflows introduced shortly before coronavirus.

Personally, she has benefited from the Pomodoro Technique for time management. “I focus on a task for 25 minutes, break to do three minutes of dishes, then repeat,” she says. “My work is better quality when I’m fixated on a single task for a set period of time, plus my house is a little cleaner by the end of the day!” 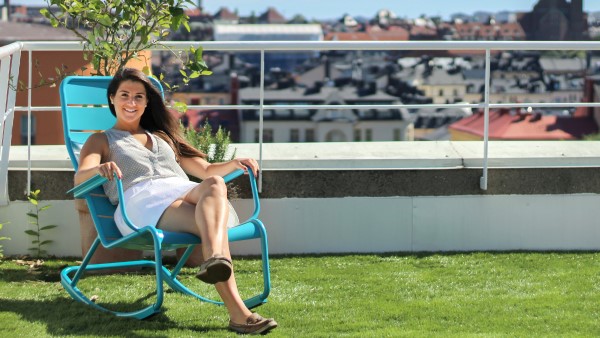 Fernholm says many people think they must be hard on themselves to perform – but in reality that can be emotionally draining.

“Users of 29k have changed their relationship to their mistakes and how brave they are,” he says. “People say they are more motivated and do better at work but at the same time feel less pressured because they are not as obsessively judging themselves.”

Video meetings are a crucial aspect of new working patterns. But Fernholm warns they could be counterproductive if they are too narrowly focused.

“If we aren’t honest with each other when we feel hurt in a communication, people can lose energy from video calls,” he says. “There’s less chance that you feel seen.”

Popolo, Trustly’s Head of PR and Communications, says good communication is now more important than ever. That means knowledge sharing but also finding informal ways to replace chatting with colleagues as you “stroll around the office”.

“In video calls with fewer than ten people, we encourage employees to keep their microphones on to inspire spontaneous comments and questions – unless there’s a siren or barking in the background, of course,” she says.

The name 29k refers to how long we live for on average: around 29,000 days. Fernholm says the current crisis has led to spikes in anxiety and loneliness and he believes market economies encourage “selling solutions for symptoms” rather than root causes because “a 'fixed' customer is a bad customer”.

But he also sees some hopeful signs of people seeking greater meaning, wellbeing and connection.

"I've discovered another dimension of humanity," says Hannah Boman, reflecting on her experience with 29k. "It's been so important during this time but also something I want to keep as part of the 'new normal'."

Fernholm says the intention with 29k, which is co-owned by Norrsken Foundation and the Ekskäret Foundation, both based in Stockholm, is to provide “scaffolding” to help individuals mature into “wiser decision-making”. That, he believes, is the only true way to address global problems from inequality to climate change.

We are all now familiar with post-traumatic stress disorder. But Fernholm says research suggests “post-traumatic growth” could be equally as common.

“These people are happier, more values-driven,” he says. “They learned a lot about who they are, what they want to contribute to and they’re now using the trauma to live more purposeful lives.”

As our collective shock subsides and another video call approaches, perhaps we can all find ways to grow through new habits as we begin to create the post-coronavirus world.

Did you know that Stockholm is recognised as one of the world's most innovative regions? Find out more about this start-up hub and let us help you get connected.